From the Event page (link)…

Soundwaves is the incredible true story of Noor Inayat Khan, a Muslim Indian living in Paris who became the first female radio operator during the Second World War. Trained by Britain as an Allied Special Operations Executive and sent into occupied France, she worked behind enemy lines but was betrayed by a friend, tortured and shot in Dachau on September 13th, 1944.

Britain posthumously awarded her the George Cross, and unveiled a bronze bust of Noor in London, the first memorial in Britain to either a Muslim or an Asian woman. She was commemorated on a stamp issued by the Royal Mail. France awarded her the Croix de Guerre. 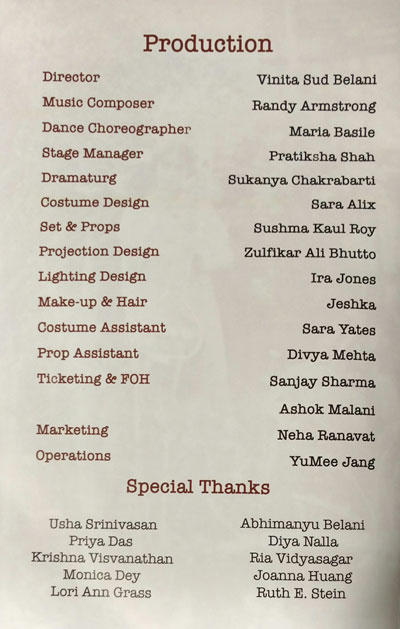